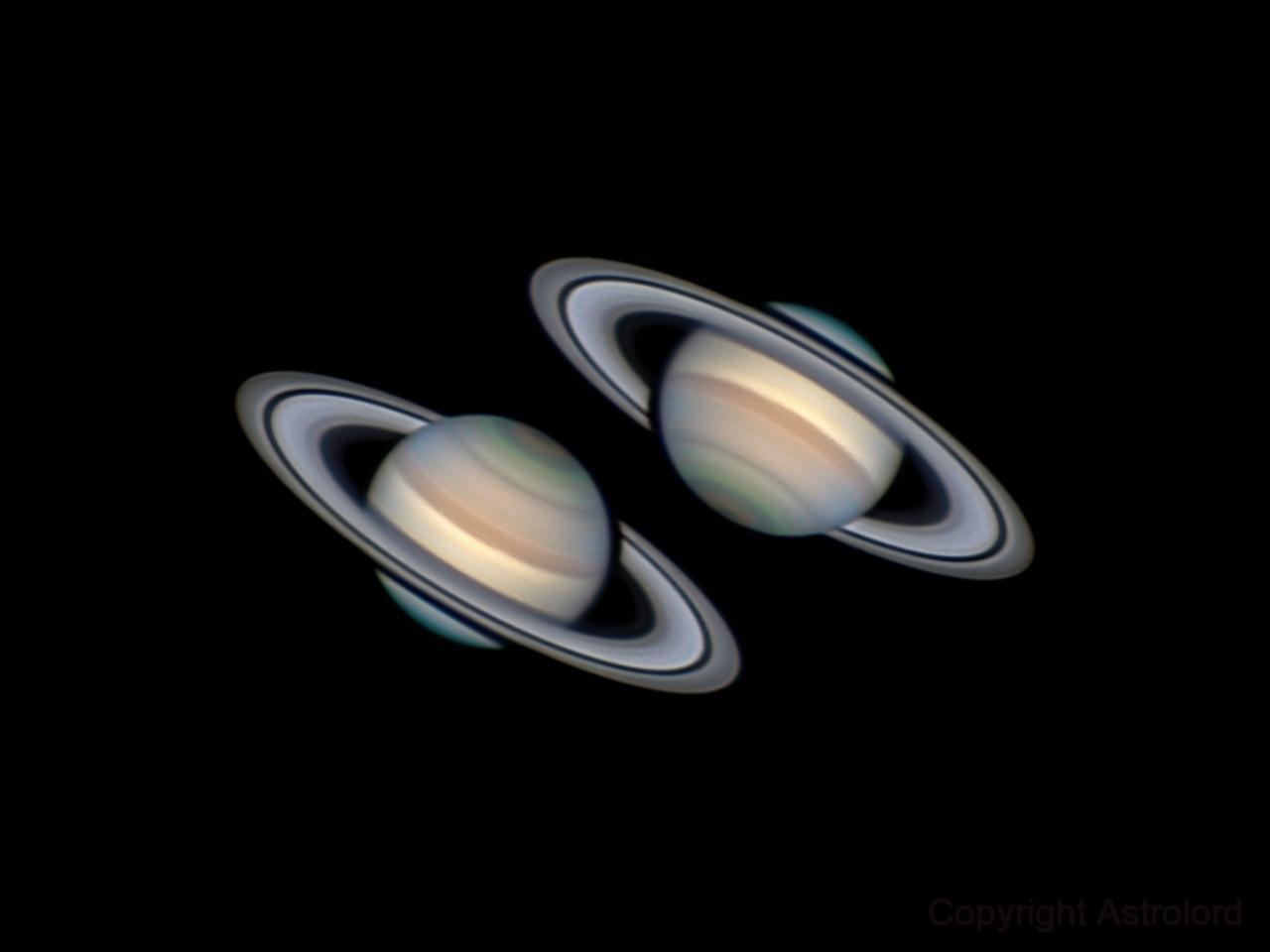 This image was shot by Zhou Zhiwei who used Optolong UV/IR Cut filter.

Saturn's the sixth planet from the Sun and the second-largest in the Solar System, after Jupiter. It is a gas giant with an averate radius of about nine and a half times that of Earth.  It only has one-eighth the average density of Earth; However with its larger volume, Saturn is over 95 times more massive.

Saturn's interior is most likely composed of a core of iron - nickel and rock (silicon and oxygen compounds). Its core is surrounded by a deep layer of metallic hydrogen, an intermediate layer of liquid hydrogen and liquid helium, and finally, a gaseous outer layer. Saturn has a pale yellow hue due to ammonia crystals in its upper atmosphere. An electrical current within the metallic hydrogen layer i thought to give rise to Saturn's planetary magnetic field, which is weaker than Earth's, but which has a magnetic moment 580 itmes than of Earth due to Saturn's larger size. Saturn's magnetic field strength is around oen-twentieth of Jupiter's. The outer atmosphere is generally bland and lacking in contrast, although long-lived features can appear. Wind sppeds on Saturn can reach 1,800 km/h, higher than on Jupiter but not as high as on Neptune.

The planet's most notable feature is its prominent ring system, which is composed mainly of ice particles, with a smaller amount of rocky debris and dust.

Saturn is a gas giant composed predominantly of hydrogen and helium. It lacks a definite surface, though it may have a solid core. Saturn's rotation causes it to have the shape of an oblate spheroid. Jupiter, Uranus, and Neptune, the other giant planets in the Solar System, are also oblate but to a lesser extent.

Saturn is the only planet of the Solar System that is less dense than water --30% less.

Despite consisting mostly of hydrogen and helium, most of Saturn's mass is not in the gas phase.

Standard planetary models suggest that the interior of Saturn is similar to that of Jupiter, having a small rocky core surrounded by hydrogen and helium, with trace amounts of various volatiles.  This core is similar in composition to Earth, but is more dense.  The examination of Saturn's gravitational moment, in combination with physical models fo the interior, has allowed constraints to be placed on the mass of Saturn's core. 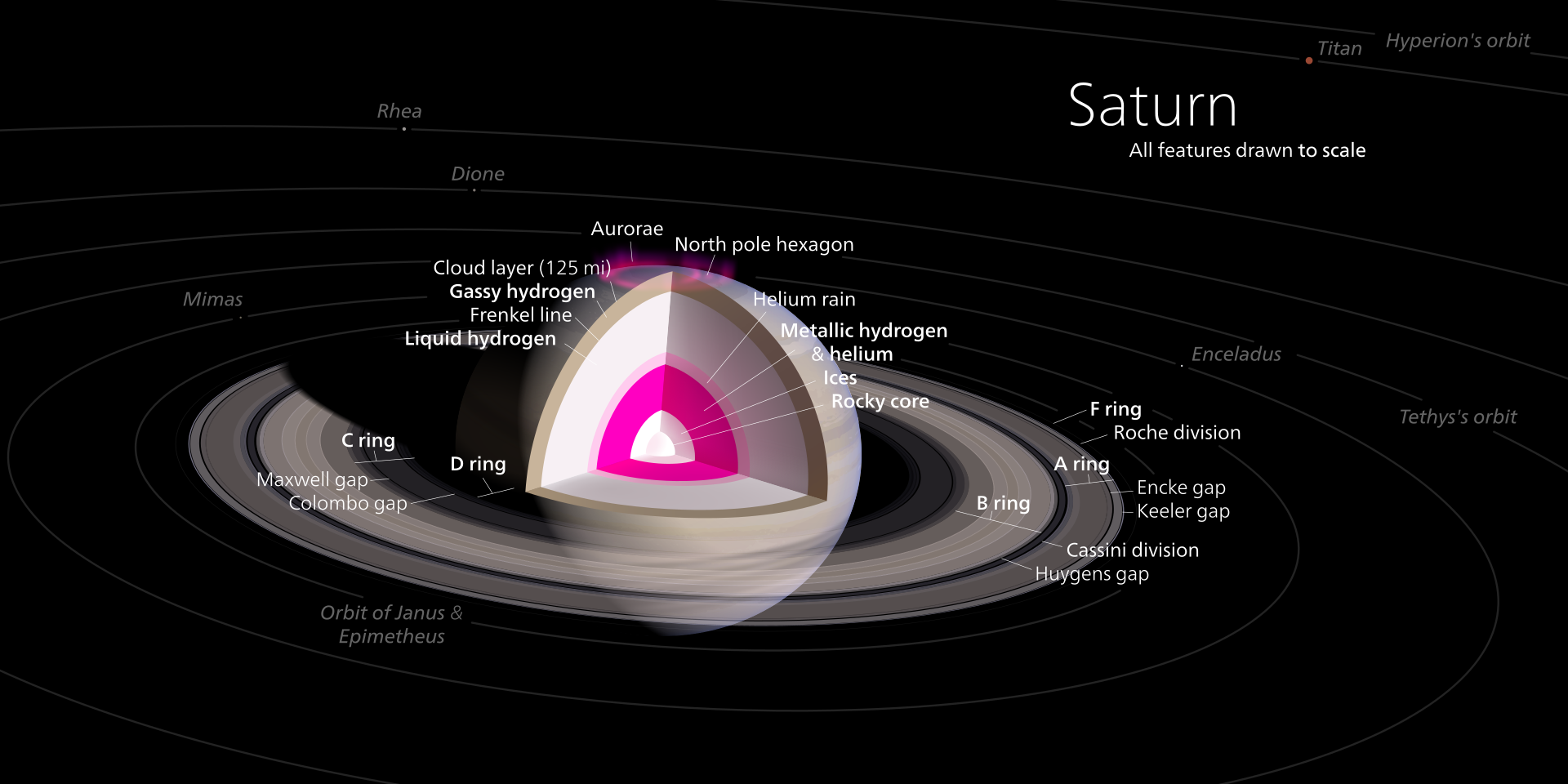 What filters are used for Planetary photography?

Photography of planets and deepsky imaging, both are fine to use the combination of monocrom camera and filters. But slightly different, planets photography will not use what deepsky image use like Ha, Sii, Oiii filter. Planetary photography using filters often are IR, UV filters, etc. The main aim is to capture the specific spectrum, such as rich carbon dioxide. One of the most common filter we use is IR filter-infrared filter. In nature, the longer the wavelength of light, the smaller affected by atmospheric seeing. Relatively, receiving the influence of red light, or infrared light is far less than the other bands. Thus, when we image the planet, we usually use an IR filter, transmits only infrared, or near-infrared light, in order to reduce the negative influence of seeing. In visible light, astrophotographers use the classical RGB filters. For Uranus and Neptune, IR685 comes first, and for Saturn, Jupiter UV/IR Cut, R, G, B are good. However, the portfolio of IRRGB is popular. 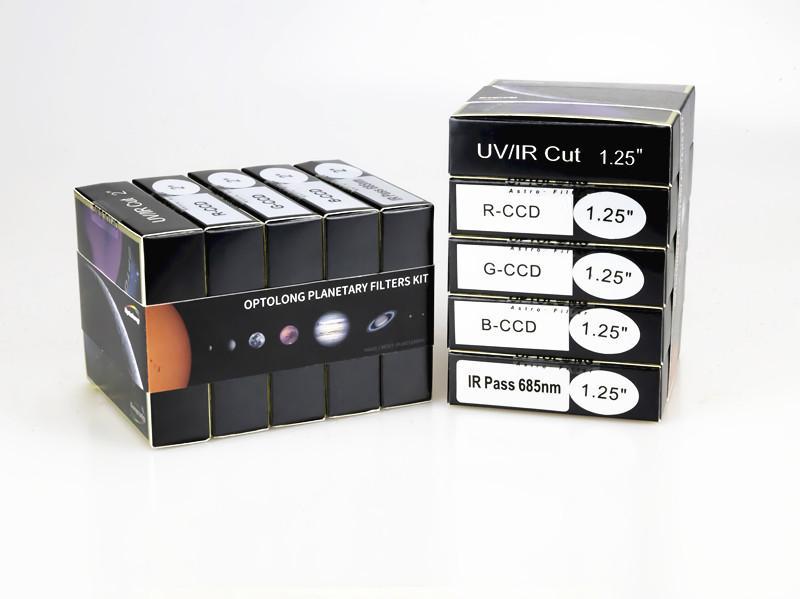 Clik image for more infor about the kit, or consult with your dealers.

With better weather than before in the last of April, Mr. Zhou finally can try to capture the planet of Jupiter and Saturn before dawn,using my new telescope-Sky-Watcher DOB16. The altitude of targets are so low now,and I’m still not familar with the new equipments. Looking forward to planetary season! 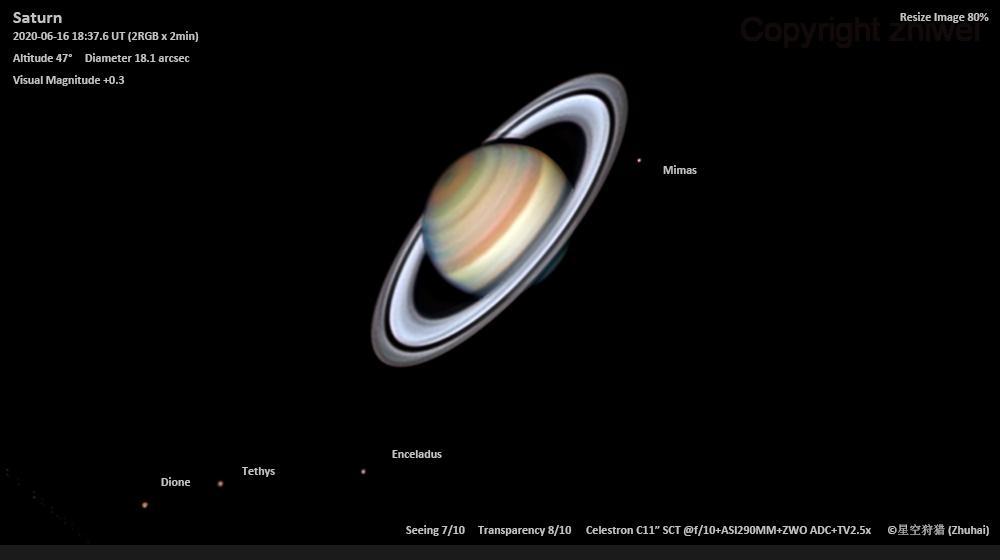 Saturn in dawn by 周志伟

With the sun rise,sky turn brighter quickly, I take the second group of Saturn in the first rays of morining on a blue-sky background. You can see two moons in the east of this planet,which is a place of deep mystery and enchantment. 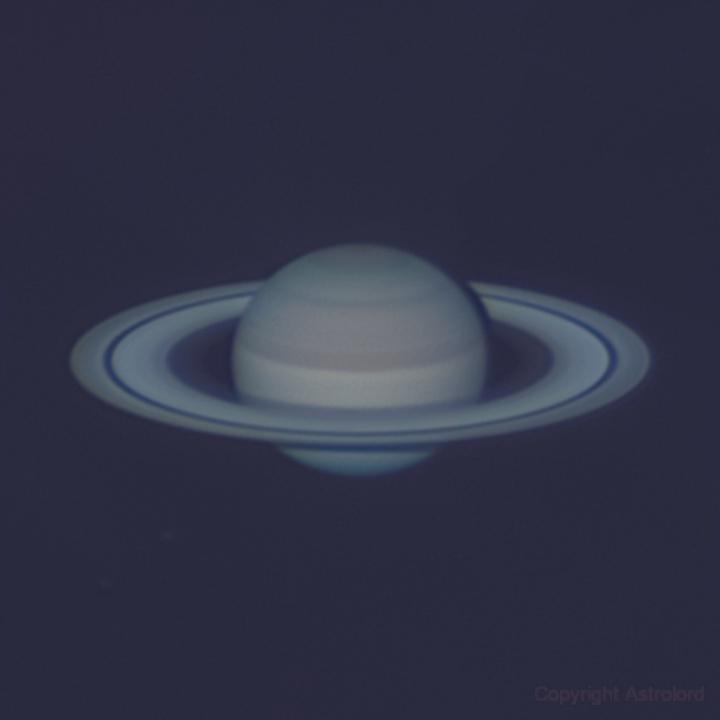 ●About color: due to the influence of ambient light, color difference of the display and flash photography, the color of the product may have some color difference. Detailed color is in accordana with the final product.

●About coating: the interference filter will show different colors under different light, which is a normal phenomenon. Please refer to the material object.

●About the style: in order to improve the product, the change of design/appearance/parameters has not been updated in time. Please see the subject produce.

●About the description: the series of this product have the same material, technology and design, different sizes only, please note.